10 Expectations for IT Spending from Experts

10 Expectations for IT Spending from Experts 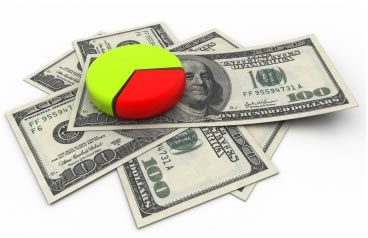 While in 2011, IT capital spending on server hardware and virtualization software grew, 2012 appears be showing slower budget growth than in previous years. While spending on cloud computing seems to be on the rise, this is just one of the many IT budget trends expected by experts.

So here are 10 IT Spending predictions from experts at Gartner, Forrester, Ovum, Information Week, and more sharing where they see the IT dollars (and Euros) go in 2012.

1. Enterprise Software, Telecom to Power IT Spending in 2012: Gartner

Worldwide IT spending is forecast to total $3.8 trillion in 2012, a 3.7 percent increase from 2011, according to the latest outlook by IT research firm Gartner. In 2011, worldwide IT spending totaled $3.7 trillion, up 6.9 percent from 2010 levels. The company revised downward its outlook for 2012 global IT spending from its previous forecast of 4.6 percent growth. All four major technology sectors--computing hardware, enterprise software, IT services and telecommunications equipment and services--are expected to experience slower spending growth in 2012 than previously forecast.

By Chris Murphy, editor of InformationWeek

3. Consumerization and cloud computing push IT budgets out of the control of IT departments

IT budgets and responsibilities are moving out of the control of IT departments and into the hands of others, thanks to trends such as consumerization and cloud computing, Gartner says.

4. Software management tools to be Strongest Growth area in IT spending

Software growth will occur across all categories, but SaaS applications, general business intelligence products, and specialized analytical tools will have the strongest growth. These products will help pull total software sales growth up to 11.4% in 2012 and 12% in 2013. IT consulting and systems integration services will also see good growth.

5. Expect public cloud budgets to remain stable and not decline

Much of cloud spending is drawn-and will continue to be drawn-out of non-cloud budgets. This is a perfect example of how cloud computing functions as a framework for building corporate service strategies, rather than serving as a technology unto itself.

The technology investments will be mainly driven by the need to grow revenues but the changing regulatory compliance will also contribute significantly. Returning revenues to pre-recession levels will be a priority for a number of institutions, as too will be the focus on improving customer trust and increasing sales and servicing effectiveness.

7. 2012 IT Spending going to BI projects, end-to-end IT services delivery

IT budgets will be scaled back in 2012 after rapid rises in 2011, the study showed. In 2011, the majority of projects were in the area of information management, rather than process automation -- a trend that is predicted to accelerate in the coming year, even as budgets decrease.

Today, spending on these technologies is growing at about 18% per year and is expected to account for at least 80% of IT spending growth between now and 2020. With future market revenues at stake, IDC predicts that 2012 will be marked by some of the first high-stakes battles as companies seek to position themselves for leadership in these critical and fast-growing technology areas.

A good deal of spending is shifting to mobility. Large enterprises are rapidly pushing applications out to mobile users. They're doing this with mobile app development, the single hottest budget area by far, and by building out their wireless networks. Midrange enterprises tend to lag somewhat in new market development and so are still in the mobile device deployment stage, while also rolling out certain business applications such as ERP and CRM.

North American bank IT spending will grow from US$53.4 billion in 2011 to US$54.7 billion in 2012. Canadian banks are leading the charge. Spending on corporate banking will continue to be strong, and compliance, regulatory, and security spending are all rising dramatically. With that said, it's not all fine and dandy; retail banking IT spending in the US is being stifled, new investment spending is limited, and maintenance spending is still tying up IT budgets.

Your Turn
We'd like to hear your insights into this area.

How do you see IT spending being distributed this year?