10 Perspectives for IT to Successfully Survive a Merger

10 Perspectives for IT to Successfully Survive a Merger 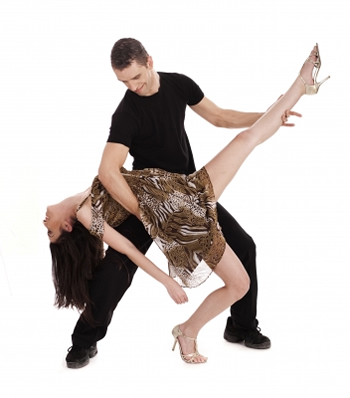 Surviving a merger or acquisition can be a daunting task.

Yet despite the importance of IT integration in achieving anticipated synergies, IT is often overlooked in making the merger successful.

Here are 10 perspectives from experts at Gartner, TechRepublic, InformationWeek, and ComputerWeekly, and more sharing their insights into how the IT department can best weather a merger.

1. Know when it is ill-advised to convert a system.

Sometimes, organizations wish to merge, but their systems are so incompatible that it doesn't make sense to consolidate them. In these situations, CIOs take a longer view. They allow both companies to continue to function with their existing systems, and they identify a third "long-term destination system" that everyone will ultimately be on. If new organizations come on board and don't have a previous history established with the unworkable systems, they are often placed on the final target system from the start. This at least pares down the future conversion effort.

By Mary Shacklett, TechRepublic
10 ways for IT to survive a merger

2. The right way to unite IT forces.

Certainly mergers and acquisitions can create new opportunities for IT professionals with the expansion of a company's products and services. But sharing precious IT resources with complete strangers can also lead to everything from culture clashes to poorly integrated systems.

By Cindy Waxer, InformationWeek
How To Survive A Merger: 6 Tips For IT

Despite flowery press releases filled with happy talk about "synergy" and "mergers of equals," there really is no such thing. In the majority of mergers, one company is usually the de facto acquirer and the other company acquired. Generally the company writing the check calls the shots and drives the process, but from an IT perspective the monetary acquirer may actually be looking to buy a superior IT department, and thus its internal IT becomes the acquired.

By Patrick Gray, TechRepublic
IT leaders: How to survive a merger

While organizations usually stand to benefit from mergers and acquisitions, IT departments face formidable challenges in trying to integrate the individual companies to make them a cohesive and consolidated entity.

5. It's the execution that goes off the rails.

There is a long list of merged organisations who've struggled and in some cased failed, to integrate their IT infrastructure effectively, resulting in a significant impact on the merger economics. Anecdotal evidence suggests that many IT enabled business change programmes suffer substantial overruns, do not deliver the desired outcomes, and are effectively written off.

By Charlie Mayes, Managing director of DAV Management, writing for ComputerWeekly
How to get IT right in mergers and acquisitions

6. Mergers and acquisitions (M&As) are among the biggest challenges for enterprises and their IT organisations.

With M&A activity set to rise, and IT's role becoming ever more critical in ensuring integration success, it pays for CIOs in both the public and private sectors to develop world-class M&A integration capabilities.

By COMPUTERWEEKLY.COM
Gartner: The role of the IT department in mergers and acquisitions

7. Do they have the right sort of systems or are we going to have to invest millions of dollars on these new systems?

A complete and thorough understanding / inventory of the systems you are going to acquire must be done. This will allow you to determine which systems you will ultimately end up using to run IT operations post merger. Determine if it will be necessary to move systems from one location to another during the merger.

8. A well-planned strategy for IT integration can help mergers succeed.

Over the past few years, we've identified several leading companies whose M&A strategies have been supported by a flexible IT architecture. These companies capture a broader range of synergies, and at a faster pace, than competitors that fail to consider the challenge of IT integration. As a result, these leaders are more successful at sizing up targets and executing acquisition strategies.

By Jacques Bughin and Michael Chui, Forbes
Understanding The Strategic Value Of IT In M&A

A bi-directional view can help you see how data is organized. This approach ensures that you retain critical pieces without keeping things that are redundant or unnecessary. It also provides a common architecture for deploying and enhancing the existing data. You can eventually turn that data into actionable information around areas like financial reporting, customer insight and supply chain or manufacturing processes.

IT teams will focus on areas such as WAN connections or disaster recovery, but without asking key questions such as is the company growing into emerging markets? Is it looking for scalability? Is it enhancing its ability to share products?

By Ernst & Young
Giving IT a seat at the table

Your Turn
Is your merger smoothly integrating IT departments?