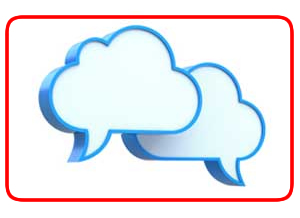 Private cloud presents an opportunity to tremendously increase the agility of IT, allowing the IT organization to rapidly and efficiently respond to changing business requirements.

In the Forrester Report, Market Overview: Private Cloud Solutions, Q2 2011, James Staten and Lauren E Nelson explain the drive for private cloud saying, "Today's business executives are becoming more IT savvy, and most are demanding to have a "cloud strategy" for delivering more-efficient IT services. So it's no surprise that there's a rush by I&O professionals to get to "yes" on cloud computing, with a particularly strong desire to build a private cloud. Forrester surveyed enterprise hardware decision-makers in Q3 2010 and found that 6% stated that they have a private environment today, while another 25% stated that it was a high or critical priority for 2011." (Market Overview: Private Cloud Solutions, Q2 2011)

However, at the same time, private cloud introduces new management challenges to IT operations.

While the amount of manual changes drastically decreases, 100% automation is difficult to achieve. Take the scenario for when a particular system experiences a critical performance issue. While investigating the environment experiencing the issue, you detect that certain infrastructure parameters need to be adjusted . As the result of the investigation, most probably these parameters will be changed manually on the servers experiencing the issues. Then the deployment automation platform will be updated. In a very dynamic and complex environment, it becomes very difficult to track such manual changes which are frequently made at a very granular level for individual parameters.

2. Moving Targets in the Dark

Rollout and rollback – a viable approach in large environments? We found that management of configuration based on the rollout and rollback approach of the entire server images is less effective in larger environments. Let's say that a certain business system performs according to the expected service levels, but there is a change in software infrastructure that needs to be deployed. You introduce unnecessary operational risks when you retire existing virtual servers and rollout new, replacement servers based on stored images that include the changes.

With the increased pace of changes streaming into a business system environment, such risk is simply too high to tolerate. We observed numerous organizations that leverage private cloud to rapidly scale up and down particular business systems that are supposed to run continuously. However the problem arises that servers are not retired unless there is a need to scale the environment down. In this case, it is critical to maintain ongoing assurance of environment consistency, as well as control over environmental changes, exactly like in a traditional static data center.

Most of the existing cloud vendors are missing this critical management element, and are focusing almost solely on deployment automation.James Staten, Vice President and Principal Analyst Serving Infrastructure & Operations Professionals at Forrester explains, "IT pros have most of the basic ingredients to cook up their own cloud-like infrastructure — but there's no recipe, and many ingredients just don't combine well. Complicating the story are the traditional infrastructure silos around servers, networks, and storage that must work together in a new, truly integrated way. Vendors like Cisco, Dell, EMC, HP, and IBM know you need packaged solutions that just work, but until recently they left too much of the burden on their customers." (Are Converged Infrastructures Good For IT?)

From this, we can conclude that management of the actual environment configuration and the changes that happen in the environment is critical for successfully operating in private clouds.

Your Turn
Are you ready to manage operations in private clouds?