8 Insightful Views on DevOps Taking Off in the Cloud

8 Insightful Views on DevOps Taking Off in the Cloud 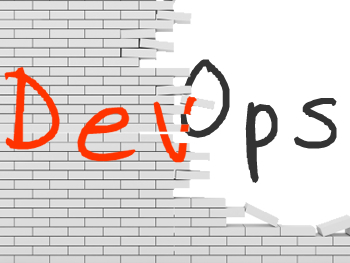 Has the move to the cloud made DevOps obsolete?

Or does the cloud mean that development and operations have a common platform to work in?

While developers and operations people still tend to work in separate bubbles, and as companies move more workloads to the cloud, DevOps becomes even more important. For when the development side and operations side collaborate, there is a much better chance that the results will do what they are supposed to and satisfaction will be higher.

Here are 8 takes on how the cloud is making DevOps work from experts at Forester, InformationWeek, GigaOM, TechTarget, and more showing how an approach like CloudOps is critical for today's agile development and frenzied operations.

By Mike Loukides, VP of Content Strategy for O'Reilly Media, Inc.
What is DevOps?

2. Business pressure to deliver new functionality faster to an ever increasing number of devices.

The point of dev-ops is that developers need to learn how to create high-quality, production-ready software, and ops needs to learn that Agile techniques are actually powerful tools to enable effective, low-risk change management. Ultimately, we're all trying to achieve the same thing - creating business value through software - but we need to get better at working together and focusing on this goal rather than trying to optimize our own domains. Unfortunately, many organizations aren't set up in a way that rewards that kind of thinking.

By Jeffrey Hammond, Forrester
The Relationship Between Dev-Ops And Continuous Delivery

What happens to the changes that take place in production and operations, how do they get backreflected into the pre-production steps of the ALM process. That is a toolset that is definitely missing. The existing tools for ALM and also operations don't provide integrated control of change. To reach this level of control of the change in this complex system consisting of heterogeneous and dynamic environments, the tools need to instigate control while maintaining the agility.

By Sasha Gilenson, Evolven
3. The Growth Of ALM And The Need For Tools And Techniques To Keep ALM On Course

4. Complications of integrating agile development and IT operations.

In a world where developers typically produce code then toss it over the wall to the operations team, dev ops proposes to bring the two teams together. However, in some ways, agile's great success has become a barrier to bringing development and ops together; the agile approach's need for frequent releases is at odds with operations' desire for stable IT systems.

By Charles Babcock, Editor At Large, InformationWeek
Where Agile Development Fails: IT Operations

5. DevOps means IT Operations has insight into changes.

IT Ops is just the intermediary for implementing a change from development into production. DevOps elevates IT Ops to be an integral part of the process. They are able to understand what the change is, assess the impact of the change and plan accordingly. Based on this knowledge they are able to validate what they are doing, and what to validate against.

6. DevOps adoption could also mean that workloads are offloaded to the cloud.

If you want to start DevOps … take your developers, your management, and your ops teams and buy them a bunch of beers and chips. You need to open a channel, sit together, ask questions and implement the no [expletive deleted] rule.

7. Separate but cooperative Devs and Ops teams, each with their own "domain expertise"

Not many Devs have deep knowledge of how TCP slow start works, but Ops does. Not many Ops have a comprehensive knowledge of sorting or relevancy algorithms, but Dev does.

8. Scalability and high volumes is better confronted with CloudOps.

By Sasha Gilenson, Evolven
Cloud-Ops: The Reinvented IT Ops

Your Turn
How do you see cloud impacting the DevOps approach?