How Will the CIO Appeal to the Future

How Will the CIO Appeal to the Future 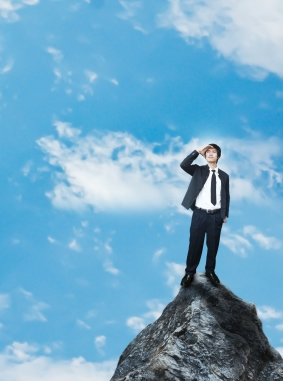 What will the position of CIO be like in the coming year?

There are many technological, economic, societal and political factors shaping the CIO role.

So where does this leave the CIO? On the one side there are concerns in CIO circles that this role may be made redundant or that the CIO will be the common thread that binds the different pieces of the organization together.

Here are perspectives from experts at Gartner, ITPro, InformationWeek, and ComputerWorld, and more sharing their insights into how the CIO will evolve.

1. The emergence of a new generation of CIOs.

We are witnessing the emergence of a new generation of CIOs, one that aims not so much to 'run' IT as to ensure that the business achieves strategic value from the use of technology.

By Gartner
Gartner Identifies Four Futures for IT and CIOs

2. What happens to the CIO?

At the heart of the question is a touchy subject: What happens to the CIO? My guess is that for some companies, the term CIO begins to disappear. At the same time, other companies may embrace their CIOs, whose most important direct reports may be deputy CIOs who are partnered with specific lines of business.

By Scot Finnie, ComputerWorld
Where will IT be in 5 years?

3. CIOs today have to focus on strategic thinking and business outcomes.

Transformative initiatives, and CIOs should be bullish in participating in such discussions at the highest levels because CIOs have the unique perspective of seeing and understanding the end-to-end processes within their companies, along with its problems and possibilities.

By Bob Evans, Oracle, writing in Forbes
The Surge Of The Strategic CIO

4. CIOs who can capitalize on bad times demonstrate a business maturity appealing to CEOs.

There's little support for the facile idea that the CIO job will split into a CTO and CIO pair working as peers on the org chart. CIOs often have CTOs reporting to them, but the positions aren't likely to become equal.

5. CIOs looking to avoid uncertainty must prepare for changeable conditions.

While the cloud starts to looks like a core enterprise IT strategy for the future CIO, moving on-demand will require a considerable softening in attitudes to the associated challenges.

By Mark Samuels, ITPro
The future of the CIO and the cloud

6. The CIO role in future will change into that of a technology evangelist and a visionary.

We believe that CIO role will certainly exist, as the firm will always need a chief orchestrator who will tie the various elements of the IT strategy together and make the IT strategy of the disparate functional units to align with that of the firm. While the different business or functional units might have their own choices and preferences on which product to use and what strategy to adopt, the CIO will arguably be the common thread that binds the different pieces of the puzzle together and ensure that the decisions being made by the CXOs is in line with the overall strategy and enable a seamless flow of information across the service lines.

By Deepak Pelluru, Practice Manager in the Consulting and Systems Integration Unit within the Energy, Communications and Services industry vertical at Infosys.
Gazing into The Crystal Ball: The Future of the CIO

7. How can we hope to understand the CIO role when the ground shifts so often?

Many CIOs have evolved beyond the "I have a technology hammer, so everything is a technology nail" mindset and now see their role as serving up information to solve business problems. Sometimes the right business-intelligence solution has no technology component at all.

8. CIOs have to become business leaders.

Whether the CIO is in the boardroom or the kitchen, this much is certain: the business is losing patience with executives who are intent on maintaining control of IT instead of concentrating on leveraging IT to identify, or further, business goals.

By Gary Beach, CIO.IN
How CIOs Can Stay Relevant in the Future

CIOs in state government are better at aligning IT governance with their states' goals than they are at managing state IT investments, according to the results of a new survey.

Your Turn
How will the CIO adapt to the future of IT?