As IT professionals and as a society in general, we have made a lot of technological progress.

Moving beyond old technologies, today we're dealing with all kinds of new technologies. When you dive into it and consider what's going on, we might say 'Have we really made that much progress?' 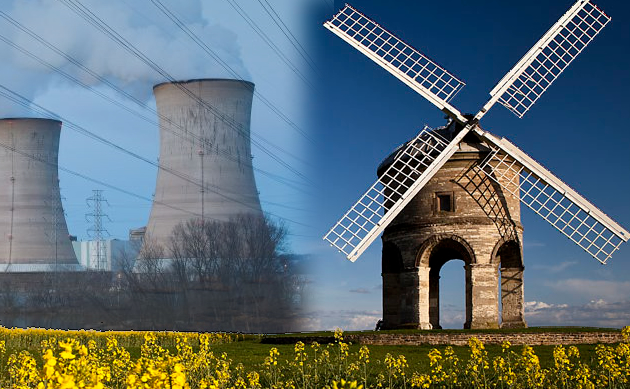 Three Mile Island is a great example of how sophisticated, modern technology can get out of control. While it certainly was great modern technology for the time, it turned out to have some pretty serious failures.

Some of the reasons behind Three Mile Island's issues were:

"And the real issue is that people have limited visibility. Some of the indicators were wrong, the complexity in the system itself limited their ability to really understand what was going on. And in the IT world, boy doesn't this sound familiar."

Complexity really is the big threat to IT operations. This is the Three Mile Island of IT Ops. 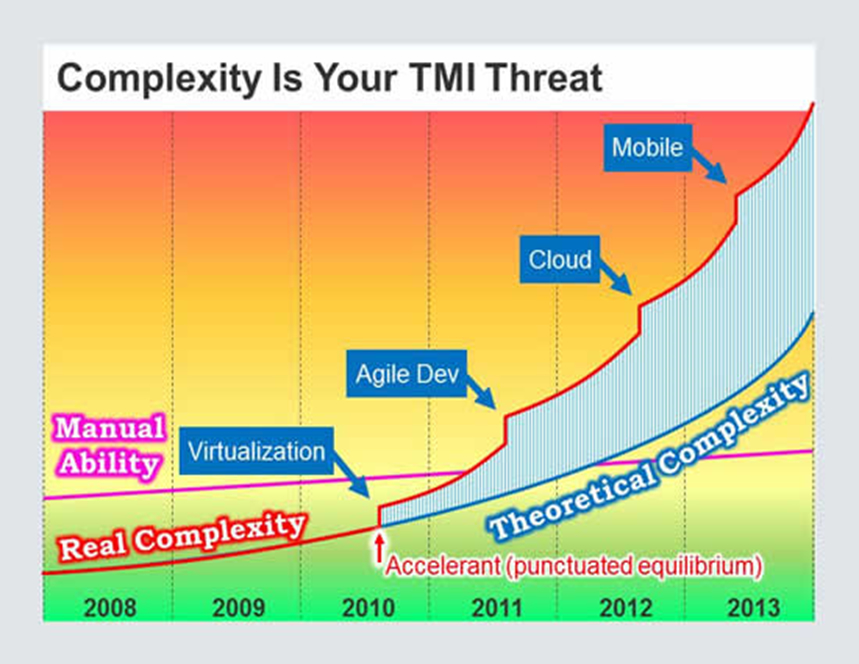 from Automation: Is It The Only Way For IT To Really "Do More With Less

This graphic illustrates how bad complexity can really get. Complexity as we know it (depicted by Moore's Law or Kurzweil's The Law of Accelerating Returns) is growing exponentially. Technologies are accelerating complexity and shaking things. Virtualization is expanding the scope of IT with a new virtual layer, and putting key elements into motion, making the field much more dynamic, as well as agile development. Other accelerating technologies are cloud, mobile applications, the mobility concept, and bring your own device.

The introduction of these technologies are points of acceleration (call them accelerants or punctuated equilibrium), appearing throughout the technology lifecycle, continually coming onto the scene. While the growth and appearance of new, dynamic technologies is understood, the ability to manage the associated complexity is not developing in turn. In considering IT's ability to manage these systems manually, and deal with all of this technology, complexity undermines the IT operations management effort.

"It turns out it's actually worse than this because what I'm showing here is theoretical complexity, actual complexity is a lot worse because we have these step functions in the complexity curve that come around every now and then. The point is that there is a discontinuity in the curve and complexity grows even faster after that [accelerant] point than it did before that point."

When these technologies enter the mix, the situation becomes worse. The point is that up until the point where the lines crossed in this graphic, you could sorta get by it, maybe painfully, but you can get by. After these lines cross, this is a real challenge for everyone involved, demanding that IT operations do something different. 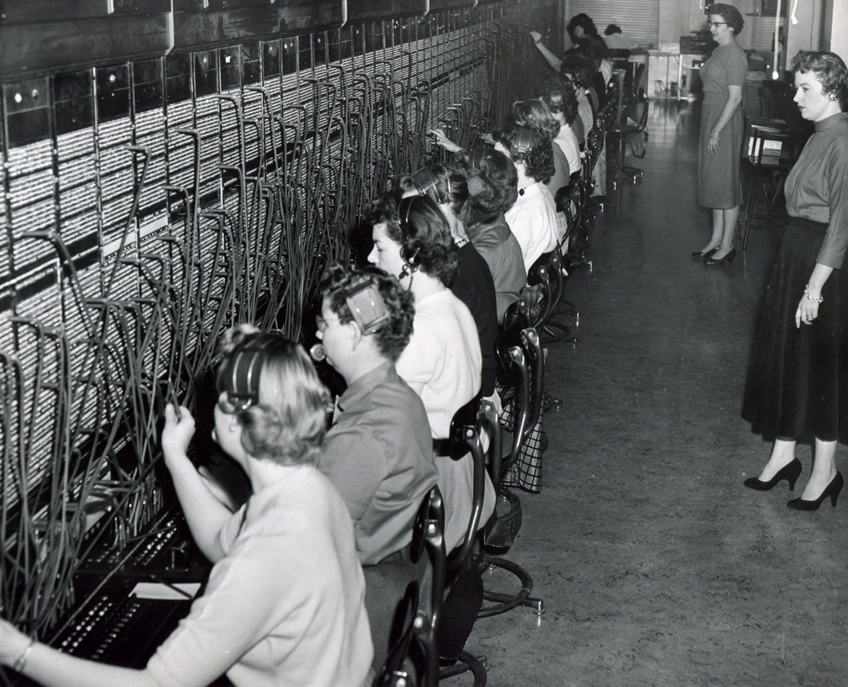 This complexity really complicates the whole change management process. It makes it hard to make changes because how does one know that they're going to make a change and it's not going to cause some ripple effect elsewhere. No one wants to be the butterfly that causes the hurricane in this so called butterfly effect. And no one really knows what's going to happen. Something new has to be done.

Glenn O'Donnell, Forrester Research's Principal Analyst, was our guest presenter in our Make Change Work webinar. An amazing crowd attended to hear his impressive insights on how IT Analytics can help validate changes and increase the rate of change success. The webinar highlighted key findings from the recent Forrester report, Turn Big Data Inward With IT Analytics.