Having Trouble Finding the Root Cause (Part 1)

Having Trouble Finding the Root Cause (Part 1)

Take IT data. There is so much context for IT data.  First of all, changes are planned, then executed either through application infrastructure, that is automated or someone else manually introduces changes into the system. When changes have been deployed, then the effect of these changes is monitored - either by watching log errors, network activity or by APM alerts.

Only by looking at all of the data sources together can one get an idea of what is really going on in the system. The changes are the critical ingredient linking together IT context and the symptoms that indicate that something is wrong with the system. 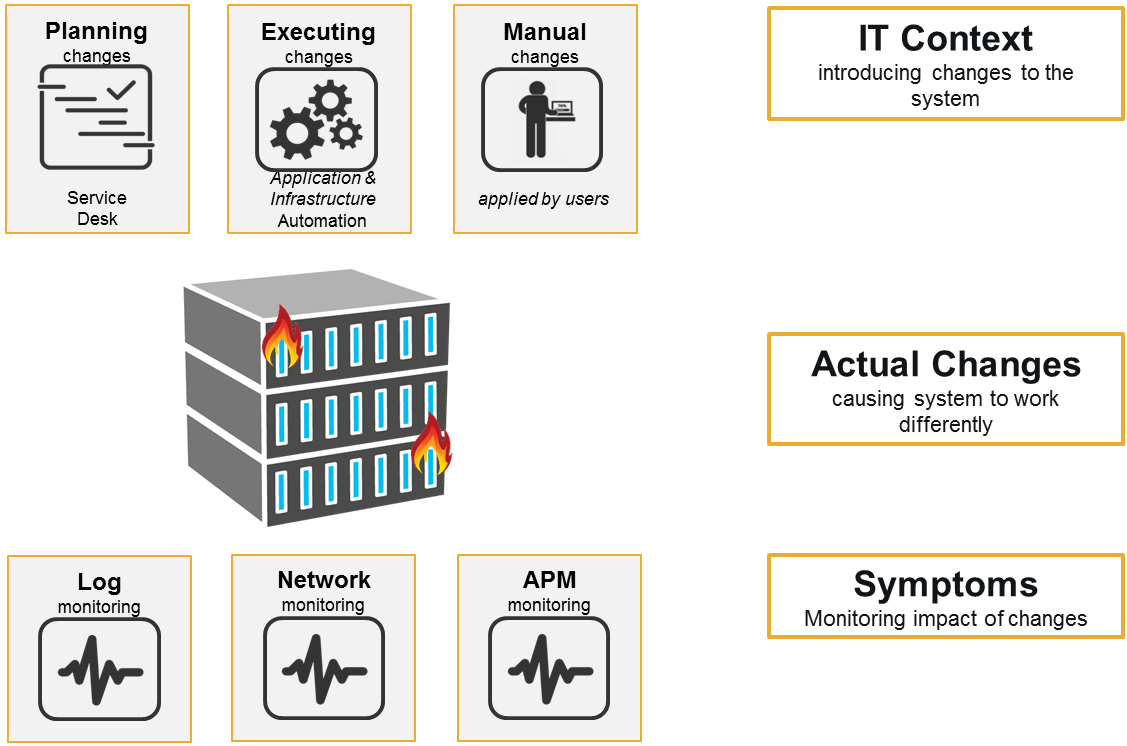 In this case, to apply effective root cause analysis, one needs to follow these steps.

Once this correlation is established, then Probabilistic Reasoning can be applied, and actually build an environment dependency diagram as a belief network. 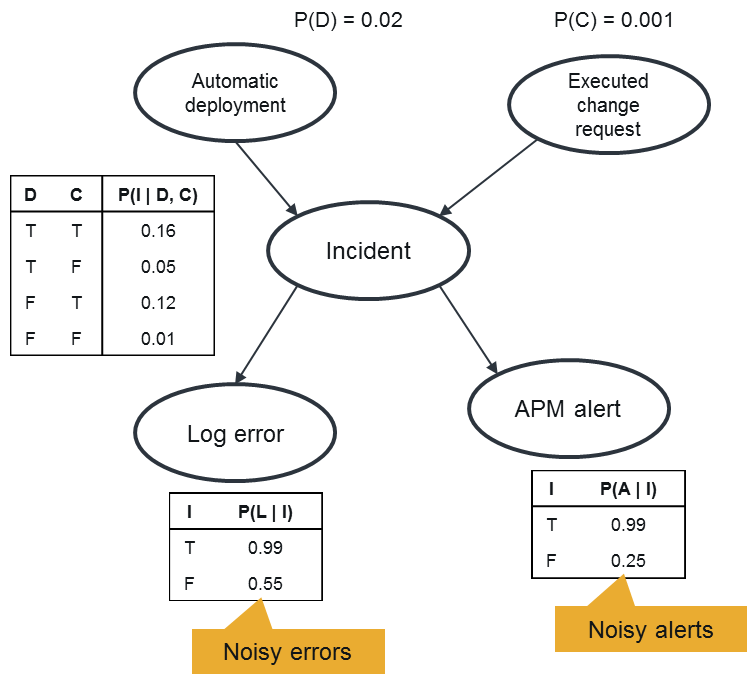 This is a really simplistic example of what Probabilistic Reasoning looks like. The figure shows that the incident depends (is caused by) an automatic deployment that may go wrong and the execution of a change request. The incident leads to a log error indicating where something went wrong or an APM alert that notifies the operator about the issue.

However, as is well known concerning log errors, log lines are added all the time for various reasons. Logs cannot be relied upon whenever a new line appears. Similarly, APM alerts are not perfect and there are many, many APM alerts but only a few are truly pointing to an incident.

Dependency and belief networks for much larger structures can be created by taking into account not just automated deployments or change requests but also environment type, dependency between environments and other relationships.