Furthermore, digital transformation consists of customer-driven change, and the quantity and pace of such change will itself continue to increase as long as the enterprise’s underlying technology is up to the task.

Dealing with change, therefore, is job #1 for IT shops of digitally transforming organizations – and such change is always accelerating.

For these reasons, we say that to succeed with digital transformation, organizations must adopt change itself as a core competency – not just among the customer-facing business units, but across the entire enterprise. In particular, IT must make change a core competency as well.

What, then, does it mean for IT to adopt change as a core competency? What kinds of change must the technology organization deal with, and how can it get better at both responding to change, and leveraging change for competitive advantage?

The first step in adopting change as a core competency is to understand all the different types of change that might impact the IT shop.

While some changes fall into the category of surprises or other unintentional changes, most change is actually intentional. Provisioning tech resources, both physical and virtual, fall under the banner of intentional changes. However, such changes occur in dramatically different timeframes.

For example, legacy modernization may take decades. Technology refresh cycles generally occur on two to three-year cycles. Traditional asset provisioning, say, asking IT for a server, may take weeks to months. Virtualization and cloud computing can accelerate the provisioning of virtual machines to timeframes on the order of minutes to hours.

Each of the types of changes listed above typically include manual human actions, with increasing automation enabling shrinking timeframes. In addition, the longer the timeframe, the more likely a particular change actually consists of a sequence of smaller changes.

Customer-driven pressure also directly drives application development (appdev) change on increasingly shorter timescales, including the creation and deployment of new features. A/B and canary testing as well as a cadence of deployments and rollbacks also reflect customer-driven pressure for change as organizations implement CI/CD as part of their DevOps efforts. 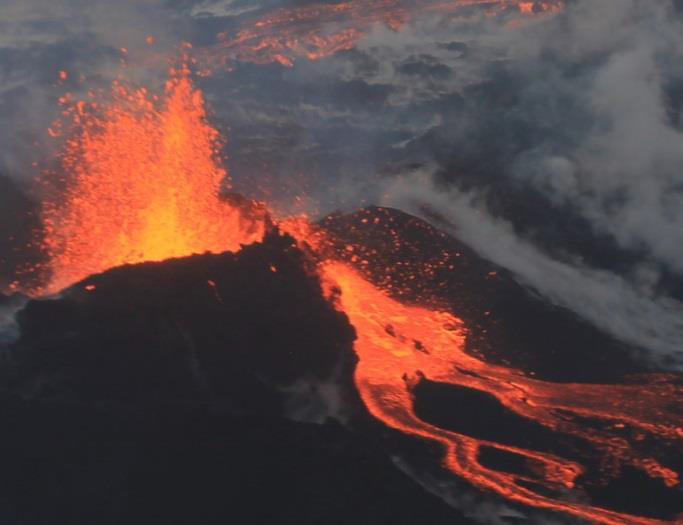 Unintentional changes are even more of a challenge than intentional ones. Such changes can include emergency fixes, issues due to software defects, as well as cybersecurity compromises – basically, anything that can go wrong eventually will, and more often than not, will do so in a surprising manner.

All of these changes, including the business change that drives corresponding technology change, have secondary effects. For example, a change in pricing can lead to traffic spikes, which might cause an autoscaling event. In this case, the price change was intentional, but the autoscaling event was not – although with sufficient visibility, an operator might have easily been able to predict it.

Unintentional changes are even more of a challenge than intentional ones. Such changes can include emergency fixes, issues due to software defects, as well as cybersecurity compromises – basically, anything that can go wrong eventually will, and more often than not, will do so in a surprising manner.

The IT organization must support all types of intentional and unintentional change, both good and bad, as a matter of routine. Core to this ability is change awareness: everyone with a role in dealing with such change must have full visibility into the specific nature of each type of change, typically in real-time.

Visibility, however, isn’t the whole story. When we talk about visibility in the context of cloud-native computing, we place it within the broader context of observability, which represents end-to-end visibility (leveraging logs, events, metrics, and traces) as well as control.

In other words, it’s not good enough to simply be aware of every change – people must also have the appropriate tooling to deal with any change that comes their way. Different people will have different tasks depending on their role.

Similarly, a site reliability engineer will focus on the more technical changes in the IT environment and how they correlate to the business KPIs that represent the overall goals of the technology, and a risk manager will focus on how changes impact compliance with regulations.

Regardless of the role, the most important part of change awareness and thus observability overall is within the context of cause and effect. Some changes are the causes of others, while some changes are simply the effects that result from one or more earlier changes.

In the modern IT environment, cause and effect rarely have a simple, linear relationship. In the real world, changes are taking place all the time, and many changes may cause many effects which in turn cause additional effects in what we might describe as a causal network of change.

The number of ops tools that can deal with basic linear cause and effect relationships in an automated way is increasing. Leveraging machine learning to infer root causes from historical patterns of cause and effect sequences is rapidly becoming a standard feature of today’s tools

Dealing with the complex causal networks that represent the broader IT landscape – especially as organizations implement extraordinarily dynamic containerized environments – is as yet an area where automation can only help to a limited extent.

Instead, observability tools focus on empowering operators, giving them both visibility and control so that they can navigate complex causal networks to resolve problems quickly, prevent other problems, and ideally, help the organization leverage change for competitive advantage.

Tracking events, logs, traces, and metrics is only the first step. Achieving this vision of observability also requires change awareness, which vendors like Evolven are wellpositioned to offer.

Jason Bloomberg is a leading IT industry analyst, author, keynote speaker, and globally recognized expert on multiple disruptive trends in enterprise technology and digital transformation. He is ranked #5 on Onalytica’s list of top Digital Transformation influencers for 2018 and #15 on Jax’s list of top DevOps influencers for 2017, the only person to appear on both lists.