Experts Forecast IT Budgets for 2013

Experts Forecast IT Budgets for 2013 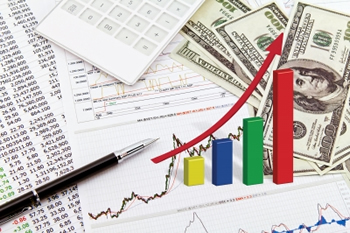 There is a sense of cautious optimism as IT organizations move into the new budget year.

According to industry research, on average, CIOs expect total IT budgets to increase.

Are we prepared for 2013, will we see IT budgets grow? What skills will be in demand? Where will cuts come in? Recently we consolidated surveys and opinions for how the IT budget and strategy will come together in 2013.

Those who succeed at this business technology game of chaos and control have one thing in common: a relentless drive to create business productivity, cut business costs and even create revenue with IT innovation. These are things that smart CEOs want to resource. While IT organizations that are in resourcing survival mode do manage to cut costs and innovate, it would seem obvious that those that are not scrambling to survive might create more innovation.

By Jonathan Feldman, director of information technology services for a city in North Carolina, InformationWeek
2013 IT Budget Outlook

2. Smart IT executives are carefully constructing their budgets for 2013.

We've all got infrastructure we need to manage, increasing cost pressures and uncertainty in the market, but we're all focused on our growth agendas, whatever they may be. We've got to leverage technology in a more effective and efficient manner to allow that to happen.

By Mary Brandel, contributing writer for Computerworld
Forecast 2013: Building a better IT budget

3. IT operational budgets across the U.S. and Canada are rising 2.2% at the median this year.

The modest recovery in IT spending we saw last year is continuing, but it is far from robust.

IT Spending and Staffing Benchmarks 2012/2013: IT Ratios and IT Cost/Budget Metrics by Industry Sector and Organization Size

4. Chief Information Officers (CIO) will be more inclined to spending on outsourcing, rather than on hardware and IT consultants.

Productivity and cost reduction are the top concerns for CIO's in 2012. Business alignment, agility, cost cutting and, revenue generation are other factors in the queue.

5. CIOs spend 12 percent of their time on strategy, 24 percent on the relationship with the business and 13 percent on IT staff relations.

6. CIOs need to spend on finding and building a pool of big data skills.

IWhile that budget news is probably a surprise to all those CIOs currently in the throes of creating their yearly IT budget, the message makes some sense as the influences of mobile, cloud computing, social networking, and big data roil the corporate marketplace.

Most insurers expect to increase IT budgets slightly in 2013. This also stems from a lack of confidence: When asked to rate their own capabilities across 16 core systems areas, insurers were only found responding confidently about four or five. IT security was the category where insurers responded most confidently about their capabilities.

8. CIOs recognize that the nature of work is changing

Two-thirds of CIOs expect to see increases in operating expenditures in 2013, while one-fifth plan to reduce them. CIOs expect to allocate funding increases to projects that improve employee productivity through better insights, collaboration and mobility, and to increase IT's delivery flexibility and efficiency.

9. IT organization that sees more opportunity to drive growth through employee collaboration.

The 2013 projected budget increase reflects higher operational expenditures only--capital expenditures are projected to be flat, limiting the opportunity CIOs have for continued innovation. Room for maneuvering will be further limited by that old bugbear, maintenance spending. Spending on IT maintenance and mandatory changes for legal and compliance reasons will remain stubbornly high, at 67% of total IT spending.

Your Turn
How do you see the IT budget coming together for 2013?