IT Operations Suffers from An Undeserved Bad Reputation

IT Operations Suffers from An Undeserved Bad Reputation 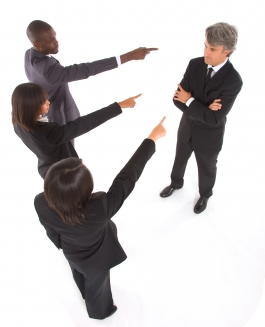 Recently we saw in TechRepublic a list of the 10 reasons that IT pros get a bad rap. So the cards are perennially stacked against IT, with pressure to perform coming from all sides, while failure is all too visible. Some of the points that the article deals with are how IT has to handle having a bad image, expected to respond to every problem instantly, while trying to do the impossible, and even pushed to do the impossible.

IT Operations Faces Pressure from all Sides

The professionals in IT operations on the one hand face increasingly complex computing environments, with a proliferation of virtual machines, a push into cloud computing, and the management of diverse software and hardware configurations. On the other hand, IT operations provide support to different customer groups from the business side to development, and are continuously expected to "do more with less".

Under these multiple pressures, IT operations are still expected to provide rapid and efficient support to the varied demands of expanding organizations.

All too often, business and development blame IT operations for so many frustrations.

A company's production environments are the IT backbone and crown jewels, pushing IT operations personnel to keep things as stable as possible. However, developers need the flexibility to enact change in the form of new features. With most IT organizations' answer to lock down their production environments, this forms the basis of conflict (that generated the DevOps movement). The alternative strategy, as taken by continuous delivery, is to treat the work that IT operations does in setting up and maintaining environments with the same rigor and process as the software being developed and deployed to it.


Peanut Butter and Jelly: Development and IT Ops?

For many organizations, experiencing periodic stability issues has come to be accepted as phenomenon to live with and a necessary evil. Often, IT operations maintains this approach, not having the time to consider the consequences of ongoing configuration changes occurring to the production environment.

Facing daily pressures, IT Directors remain focused on simply maintaining operational stability, and reducing performance dips, without time to consider how to improve matters. Let's consider a whole new approach to managing IT environments, by collecting configuration changes, analyzing them for critical impact, and making the IT team aware of the corollary effects of configuration changes.

Getting Over the Bad IT Rap

Recently we implemented our Evolven application at a new client. Very quickly after collecting configuration information on the client's environment, our Evolven system began to e-mail change management reports each morning to managers across the organization. IT operations discovered that the amount of daily changes had rapidly decreased. What happened?

Following a quick investigation into the issue, they found that developers, infrastructure administrators and other application stack stakeholders simply avoided unnecessary changes to the production environment. Evolven's configuration monitoring capabilities raised the visibility of these ad hoc changes and subsequently raised difficult questions.

Over the course of a few months, this customer reported that the amount of unexpected changes had dropped by 90%! This result came even though no formal process, workflow, or change committee. IT didn't not need to make any changes to their management approach. The only enhancement to their mode of operations was that a daily change report was distributed.

For the sake of the business, IT operations should be a standalone group, integrated into the goals and activities of the other parts of the organization, including business and development. The IT ops group should be on top of change, for simply for focusing on IT operational stability is not enough. IT ops needs to be equipped to deal proactively with Change Management & Configuration Management.

Your Turn
How are you getting over an IT bad rap?