2012 Predictions on IT Spending from Experts and Industry Analysts

2012 Predictions on IT Spending from Experts and Industry Analysts 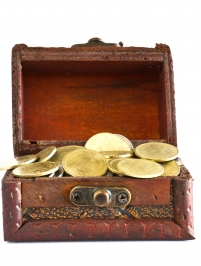 Those responsible for managing IT budgets have had the biggest impact on IT spending, staffing and outsourcing.

On the other hand, is the sluggish global economy, regional natural disasters, and flogging currencies having a major influence on how IT spending will grow in 2012?

Concern around IT spending has always been high for both IT professionals and the business, as the value of IT and the impact on the business is evaluated. On the one side, increased investments in IT are viewed to increase revenue, while helping to rebuild trust with customers and adapt to the complications that new compliance standards demand. On the other side, IT has seen a fair share of large investments that didn't prove their ROI. How will IT spending go in 2012? This collection shows how experts and industry analysts expect IT spending to go for this year.

Have your own outlook for IT spending? See the IT spending taking another direction? Share your insights in the comments section below.

Expectations: "Gartner's U.S. dollar growth forecast for global IT spending in 2012 has been revised downward from 4.6% in the previous quarter to 3.7%. Faltering global economic growth, the eurozone crisis and the impact of Thailand's floods on hard-disc drive production have taken their toll on the outlook for IT spending this year."

2. 5 Areas That Will Drive IT Spending

Expectations: "We're a bit more bullish about 2012 than Gartner, which recently revised its spending forecast downward."

Expectations: "Overall, IDC predicts that worldwide IT spending will grow 6.9% year over year to $1.8 trillion in 2012. As much as 20% of this total spending will be driven by smartphones, media tablets, mobile networks, social networking and Big Data analytics."

Expectations: "While 2011 started with a more robust IT spending environment, many organizations began to pull back midyear, and 2012 plans are expected to be more conservative given the high degree of uncertainty. [...] Efficiency and consolidation are top IT priorities."

Expectations: "Mobility and wireless network infrastructures are the big takers when it comes to IT budget planning for 2012. Even so, organizations are moving to the next stage of the IT infrastructure build-out across multiple budget areas. The strategy trends of innovation, integration and reversion are having a significant impact on 2012 spending patterns."

Expectations: "The top three IT priorities are improving business process and efficiency (a "top priority" or "major priority" for 69.1% of businesses), aligning IT priorities with business growth (61.1%) and increasing overall productivity with new technologies (59.5%)"

Expectations: "The good news is that spend will continue to grow in 2012, but not at the same clip that we saw coming into 2011. If you look at the big consulting firms, they reported a banner year this past year, they've had a ton of growth, but they're all lowering expectations off that growth."

8. NetworkWorld: 2012 IT budgets, Salaries on the Rise

Expectations: "85% of IT executives are predicting that their 2012 IT budgets will be greater than or equal to their 2011 figures. Only 65% of respondents made this prediction two years ago. Another positive indicator is that IT budget allocations will remain steady in 2012, with internal staff expected to receive the largest share of the pie at 37% of spending compared to 38% this year."

9. Ovum: IT Spending in Retail Banks is Growing, Despite Financial Troubles

Expectations: "Retail banks will increase spending related to channel integration and customer information systems by 4.2 percent in 2012, hitting a total of $5.6 billion. Retail banks will also increase spending on technology to help reduce costs related to increased regulation, notably Dodd-Frank and Basel III. technologies related to risk management, anti-fraud, compliance, and performance management will experience growth of 4.6 percent this year, for a total of $6.1 billion globally."

Expectations: "Whether that means beefing up capabilities on the mobile front, jettisoning commodity IT assets in favor of the cloud, streamlining access to customer information or modernizing aging legacy applications, IT leaders are looking to propel their organizations into a new era—especially when a few bucks can be saved along the way to mitigate the costs of new technologies. "