Mergers & Acquisitions Road is Bumpy for IT Operations

Mergers & Acquisitions Road is Bumpy for IT Operations 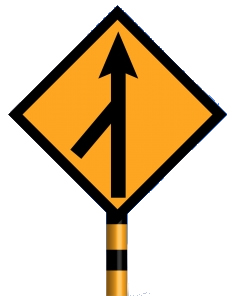 Traditionally, mergers and acquisitions have been the result of the expansion of a new range of services, or entering into new markets. However, through the recent economic recession, enterprises resorted to merges in desperate efforts to boost revenue and cut costs. This "merger mania" has been fueled in part by a heady combination of available capital and a target rich environment comprised of companies that remain vulnerable, even as the economy recovers. The opportunity to snap up a struggling competitor, jump start a geographic expansion by acquiring a local player, or move upstream or downstream in the value chain is hard to resist.

When a company merges with or acquires another company, everyone has high expectations that the deal will cut costs, grow sales, increase operational efficiencies or achieve some combination of the three. While organizations usually stand to benefit from these mergers, the IT departments face formidable challenges while trying to integrate the individual companies to make them a cohesive and consolidated entity.

In 2010, United and Continental merged. Since March of this year, United has been struggling with technology problems when it merged computer systems with Continental's passenger information computer system. That system, called "Shares," required extensive reworking since March to make it easier for workers to use.

Merger & acquisition is a big corporate strategy, but there are many details to consider, especially for best approach for integrating diverse technologies in operations. A successful merger or acquisition should be about bringing together two business organizations into one with solutions that integrate people, processes, policies, and most importantly technology.

Certainly mergers and acquisitions can create new opportunities for IT professionals with the expansion of a company's products and services. Yet, sharing precious IT resources with the 'new kids' can also lead to everything from culture clashes to the systems being poorly integrated.

As seen in the United Airlines experience, M&A presents situations for major changes in technology, specifically with the consolidation of major data center components, including hardware, servers, and applications. This entails many changes to the work atmosphere and, even more critical, to the production environment.

With M&A deals combining two (or more) entities, many hope to create a better future. These organizations want to seek out synergies to make the combination smoother. Yet this also means that different teams, processes and systems are brought into the same environment. Through all this diversity, the technology still needs to function, and everyone needs to have visibility into what is happening in production environments.

For example, company A (a big player) merges with company B (small guy). Company A has a Service Desk setup, while Company B has a different Service Desk. Every merger will have a dominant player, the majority of whose culture, personnel, process and infrastructure are likely to survive the transaction. By adopting Company A's Service Desk for the newly integrated organization, Company B's team still faces hurdles due to their lack of familiarity with Company A's system, and processes. This can result in critical data being lost.

Mergers are to business as tumultuous and life-changing event as a marriage is to individuals. Once two companies have walked down the proverbial aisle, both will be changed and struggle to maintain the status quo that existed before the merger. This is apparent in the consolidation of the data center. Systems, not just different computers, are integrated, so IT ops needs to make sure current information and data is preserved over the course of the move. This becomes a question of compatibility. How will the systems from company B work with the balance of the systems in Company A? Will they run on the existing hardware? If they were internally developed, are they written in a language that the Company A's IT organization can support?

The communication effort between diverse teams becomes harder, impacting such high pressure activities as incident investigation. With the super-organization growing larger and even more complex, there are more components to manage and less familiarity by either side, increasing the possibility of unauthorized changes. Something goes wrong and Company A's team blames company B's process, and vice versa.

The integration issues around mergers often come to a head in the IT department. Regardless of how similar two companies may seem when they shake hands, it's a complicated and challenging process to assure a meaningful union. All sides think their systems and processes are superior. Some mergers can take years for the respective organizations to rationalize their systems, spending so much time arguing about the merits of each one.

From a security perspective, the understanding and predictability of the security situation set in each organization is disrupted in the merger and can cause confusion, while introducing new risks. Likewise, when organizations merge there is a corresponding meshing of their compliance approach to applicable regulations. More often than not, organizations maintain different levels of compliance, and the merged organization needs a strategy to bring the lesser up to par (or both up to par, if that is the case). In some instances, the M&A may demand compliance with new regulations, and that will require additional understanding, planning, and execution.

Audit trail and activity history are key elements for security and compliance. With so many tasks involved in completing the M&A, especially with having to stay on top of issues related to configuration and change management, IT operations needs to automate as much as possible the processes for maintaining environmental stability.

What can companies do today to handle the challenges involved in mergers and acquisitions. They need to free up the time and tasks handled by IT ops, to focus on the bigger, more strategic side of M&A. For example, one of the key objectives would be automating the collection and analysis of configuration information, identifying critical changes that can impact performance and availability of the integrated environment.

Ultimately, having IT involved in the right way during a merger or acquisition can impact on the go-forward company. It increases the potential that the rationale for the transaction will be realized. It can allow a company to significantly exceed its short- and long-term financial targets. And rather than just cobbling something together based on what the business used to be, the IT depart¬ment will have the time and resources it needs to create a truly effective IT operation for the new company.

Your Turn
Is your IT Operations ready for mergers?