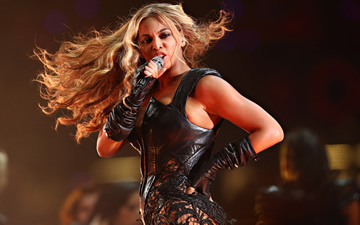 In the wake of the 34-minute blackout at the Super Bowl, investigators were still trying to determine the exact cause - and who's to blame.

While an early suspect for the cause of the outage, Beyonce was cleared of any involvement in the outage, with officials saying that "the outage wasn't caused by Beyonce's act, which featured impressive lighting and video effects."

The event demonstrated the high costs of outages. Forbes reports that "the blackout would hurt New Orleans' chances to host future Super Bowls". The outage sparked massive Twitter activity. While many say the outage made the Super Bowl more memorable. Some even attribute the49ers first Super Bowl loss in 6 Super Bowl appearances to the outage.

While the final word on the cause is still out, some officials blame the Super Bowl power outage on a system abnormality.

OK so unplanned changes to IT infrastructure configuration wasn't really responsible…this time. However this event drives home the tremendous costs and consequences of outages for an organization.

Despite mounting statistics that touch nearly every major enterprise software vendor and customer, from ERP to CRM and more, just bringing up the topic of outages still terrifies those in the industry. Against this backdrop, IT failures have become an accepted, virtually expected, aspect of enterprise life.

2. Many businesses still do not have measures to insulate themselves from big service provider outages.

There will always be risks and outages, and in a way, Reeves says that's a good thing: It keeps companies and end users on their toes. "I really believe that outages can propel the cloud further rather than hinder it," he says. "If we learn from these mistakes, both customers and providers, and make our systems safer and more secure, that can be a good thing for the industry as a whole.

However, Heiser says what is more common today are cloud outages and data loss. Even more alarming is the issue that many enterprises are not well-prepared for those incidents.

Cloud Outages Are The Bigger Risk

"An outage in United's Unimatic software used to control its ground operations delayed flights nationwide, causing a furry of passenger backlash a week before the busy Thanksgiving travel weekend and denting the No. 1 U.S. carrier's image."

Downtime and Outages In The News

5. IT professionals face unnecessary delays and costs as they deploy, maintain, and update their capabilities.

55% of IT professionals experience downtime, that can last from anywhere between minutes to over a week when performing infrastructure upgrades

7 Alarming Infographics On Downtime And Outages

6. IT teams face a tornado of issues to stay on top of in order to maintain high performance and availability.

Looking back at 2012, some big names in technology not only felt the pain downtime and outage, but also faced the struggle of returning confidence to their service and returning vitality to their reputation. We see repeatedly that small unintentional issues, outright mistakes, and configuration changes now have widespread, heavily reported consequences that leave customers publicly questioning the reliability of such services.

Limited visibility to the underlying configuration makes it difficult to identify the root cause of faults, leading to slower application deployment times, impaired service levels, and more risk from human error.

Getting Human Error Out Of IT

Your Turn
Do you think Beyonce's electric act was to blame for the Super Bowl outage?